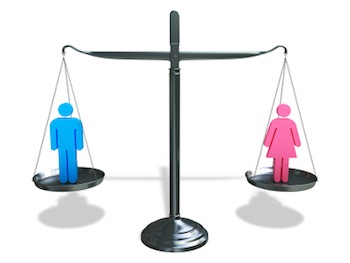 Every scientific discipline is determined by the object of measurement and the selection of appropriate methods of data collection and statistical analysis. Faulty methodology can lead to incorrect information in the results, without the researcher being aware of this. Taking incorrect knowledge as correct into account while conducting further research has far-reaching negative consequences. One of these errors present, to some degree, in every single research is bias. It is a particularly dangerous one, because it usually goes undetected by the researcher. But if you are aware of its threat there are ways to avoid it.  In research, it occurs when systematic error is introduced into sampling or testing by selecting or encouraging one outcome or answer over others. It comes in numerous ways and forms. The rest of this post will focus on causes of bias in the field of gender studies.

Bias is defined as any tendency which prevents unprejudiced conside ration of a question. Gender bias occurs because researchers’ stereotypes and prejudices about gender become implicitly, unknowingly, but systematically implemented in the research process. It could be defined as a systematically erroneous gender dependent approach related to a social construct, which incorrectly regards women and men as similar/different (Ritchie, 2009).

This type of cognitive bias can occur at any phase of research, including planning, data collection and analysis. The following section sheds light into the typical research stages and the respective threats that occur in each of them, as well as providing advice on how to deal with the different flaws or threats to thorough research practice.

In short, this article guides you through the research process by identifying specific moments and the ways in which gender bias occurs, as well as recommends ways in which the impact of gender bias on your research results and interpretation can be reduced.

In conclusion, I offer you a checklist which you can use to make sure that you have done as much as you can to get gender bias free, and therefore more accurate, research results.

Good luck with your research!

Coe, R., (2002). It’s the Effect Size, Stupid. What effect size is and why it is important. Presentation to the Annual Conference of the British Educational Research Association, England 2002. Retrieved from http://www.leeds.ac.uk/educol/documents/00002182.htm

Nina Jelić is a graduate psychology student at Faculty of Humanities and Social Sciences, University of Zagreb, Croatia. Her fields of interest are social and clinical psychology.