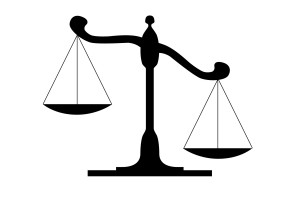 Ethics are a vast, key topic in psychological research. What is necessarily taken into consideration in regards to ethics before conducting research is studied and then read again and again in guidelines and codes of conduct. But what lies beyond the legislations in ethics? Where should a researcher’s moral compass be pointing to? Here are the outlines proposed by the APA and some general discussion relating to them.

Through the undergraduate curriculum in psychology we get acquainted with the basic nature of research ethics fairly early, often as part of PSY 101: Introduction to psychology or a similar class. It is likely that some of the most memorable experiments that we will read about during our undergraduate studies – for instance Stanley Milgram’s renowned “Behavioral Study of Obedience” – would be presented as revealing examples of ethical misconduct.  It appears we have come a long way since the days of such illuminating but rightfully controversial scientific endeavors, with the Australian branch of the British Psychological Society publishing their first Code of Ethics in 1949 after the Nuremberg trials (Allan & Love, 2010) or the American Psychological Association’s (APA) first Code of Ethics appearing back in 1953 and evolving ever since. Today volumes such as these, along with many other influential publications by national and international psychological prescriptive and regulatory bodies guide and dictate the proper ways of conducting research and practicing the varied aspects of the psychological profession in regards to ethics.

Psychological research however remains prone to controversial experimental designs and techniques because of the nature of the questions it deals with. In the research we carry out as psychologists we may often recruit other human beings as Ss (study participants/subjects) and thus open the sensitive topic of human research ethics. When we select a design including other people we are obliged to follow a set of enforceable rules of conduct – either those of our university’s ethics board or, later in our careers, those of the psychological association we belong to and the institution we are affiliated with. Often these mandatory prescriptions are called Ethical Standards and exist to ensure the safety and continuous well-being of the participants. (APA, 2010) They often overlap with laws – some examples from the comprehensive list of APA’s ethical standards include protection against harassment, discrimination and harm, ensuring the confidentiality of the person and extracting their informed and voluntary consent, to name a few. Some others are not necessarily parallel to existing laws, but are similarly straightforward and clearly well-grounded – such as the need to debrief participants of the purpose of the study after their participation has ended or ensuring their right to withdraw from the investigation at any given moment. A third type of ethical standards seem relatively blurred and borderline arbitrary, presenting a unique obstacle in defining what is truly a breach of ethical norms – like the standard protecting prospective participants from deception, except in the cases where “… they [the psychologist] have determined that the use of deceptive techniques is justified by the study’s significant prospective scientific, educational, or applied value and that effective nondeceptive alternative procedures are not feasible.” (p. 11), making the reading of the standard prone to ambiguous and possibly exploitive interpretations.

Complementing the numerous ethical standards are APA’s five General Principles of Ethics for Psychologists. Prescriptive/non-enforceable in nature, the general principles are there not to limit and impose on us, but instead to “guide and inspire psychologists toward the very highest ethical ideals of the profession” (p. 3) – be it in their clinical practice, while conducting a study, consulting a company, etc. Here is a concise overview of how we can translate them to research, how respecting them enriches and elevates our practice and how dismissing them may result in tainting an otherwise brilliant and illuminating research:

Principle A: Beneficence and Nonmaleficence – The first principle states that “In their professional actions, psychologists seek to safeguard the welfare and rights of those with whom they interact professionally and other affected persons and the welfare of animal subjects of research”`(p.3) , among other. Many ethical standards are already in place to ensure that externally. In terms of personal consideration, the first principle stresses out the need for researchers to work independently of biases (itself a vast, multifaceted topic that poses an obstacle to quality science making), prejudices, and malignant affiliations and with a clear sense that what they are doing has very often impact on the lives of others. It is thus important for us to have an understanding that biased research affects the public negatively not only through the wide-reaching reports by media, but also by its usage by policymakers and lawmakers and always to stay critical and alert for such possibility.

Principle B: Fidelity and Responsibility – Outlining the value of conscientiousness in the psychological practice and research, the second principle somewhat overlaps with the first one. It differs in the focus it has, moving into an overview of what to mind when working with our colleagues and within our work network. While responsibility is a universally understood value, the principle also states that “.. [psychologists] are concerned about the ethical compliance of their colleagues’ scientific and professional conduct. Psychologists strive to contribute a portion of their professional time for little or no compensation or personal advantage” (p.3). In research his might translate to us as taking part of the peer-review process, striving to help fellow scientists improve the quality of their work before it enters into circulation. Ethical misconduct should be pointed out whenever we can spot it, but it is always to be done with respect to the researcher who conducted it, as decision-making in relation to ethics is fairly complex and influenced by factors that may lie beyond one’s control. (Trevino & Youngblood, 1990)

Principle C: Integrity – The third principle summarizes what we are supposed not to do in our practice as researchers. Cases of manipulation, fraud, fabricating results and general scientific misconduct are not unheard of, affecting tremendously the field. A somewhat recent widely publicized case of such lack of integrity is that of Mr. Diederik Stapel, a Dutch social psychologist who fixed the results in over 30 of his papers, some of which were published in prestigious and esteemed journals. (Callaway, 2011) Even though fraud is controlled for and strict sanctions are enforced against it (Mr. Stapel lost not only his reputation, but also his job) another vast concern – deception – is treated differently. The third principle states that “[…] psychologists have a serious obligation to consider the need for, the possible consequences of, and their responsibility to correct any resulting mistrust or other harmful effects that arise from the use of such techniques” (APA, 2010) . Deception according to a number of investigators is the “explicit provision of erroneous information – in other words, lying”, estimated to occur in some 40-55% of the papers published in influential social psychology journals. (Hertwig & Ortmaan, 2008) This naturally rises the question how is it possible a last-resort design such as these that include deception to be so widely popular. What is sure though is that deception should be avoided and psychologist should think long and hard whether or not the potential benefits of using such a method outweighs the explicit and implicit harms.

Principle D: Justice – The fourth principle states that “…fairness and justice entitle all persons to access to and benefit from the contributions of psychology and to equal quality in the processes, procedures, and services being conducted by psychologists” (p. 3). And how can we begin translating this into research? Open access! Providing free and unrestricted access to peer-reviewed articles is an act of universal value for educators, students, scientist and the public alike and both JEPS and EFPSA are involved in the growing open access movement. The JEPS Bulletin had published some very illuminating texts about it throughout the years – you can start exploring them by clicking on this hyperlink.

Principle E: Respect for People’s Rights and Dignity – The fifth principle in a way encompasses the previous four, adding an emphasis on obtaining individual’s consent and protecting their confidentiality and privacy. A once-debated topic, obtaining consent from the people we would like to include in our research today is a must. Beyond that the principle inspires and facilitates understanding and acceptance for difference, postulating that “Psychologists are aware of and respect cultural, individual, and role differences, including those based on age, gender, gender identity, race, ethnicity, culture, national origin, religion, sexual orientation, disability, language, and socioeconomic status, and consider these factors when working with members of such groups” (p. 4). In science it is of utmost importance to have all these factors in mind and hopefully not only control for them, but also work to understand how they affect the target of our research.

Concentrated and well-defined, the five general principles that the APA outlines are a great tool for young psychologists to evaluate their own work and the work of others based on the best ethical practices and to use as a groundwork into further exploration into many pronounced and subtle issues, topics and concerns in research and beyond. Even though they may be a relatively obscure piece of literature, their value is great and it is worth being acquainted with them.

Allan, A. and Love, A. (2010). Ethical practice in Psychology. Reflections from the creators of the APS Code of Ethics (pp. 26). Melbourne, Australia: John Wiley & Sons.

Hertwig, A. and Ortmaan, A. (2008) Deception in Social Psychological Experiments: Two Misconceptions and a Research Agenda. Social Psychology Quarterly, Vol. 71, No. 3, 222–227