How research has changed through the pandemic

Let’s talk about the movement towards connected and open science that has happened and is still happening right now due to the pandemic that the corona virus brought upon us. You may have noticed as well that research has started to stretch its boundaries remarkably in the presence of the virus. Facing death, the fear of losing people close to your heart and the threat of our very own existential foundations has turned not only our personal but the economic and scientific world upside down.
END_OF_DOCUMENT_TOKEN_TO_BE_REPLACED

Anna just finished her master's studies in psychology at the University of Vienna. For her thesis she studied neural correlates of empathy in the brain and is aiming to follow her interest in neuroscience, clinical psychology, sleep and science communication. Traveling, friends, making music and writing keep her busy during leisure time.

Your semester has ended and you are already bored by how much time the holidays freed up?
Do you want to dive deeper into issues around psychological science, but did not know where to start?

For the next weeks, we are going to be sharing our JEPS editors’ recommendations for your summer readings & listenings on different psychological topics. These will include all sorts of media, from newspaper articles or podcasts to journal articles we thought you should definitely read.

END_OF_DOCUMENT_TOKEN_TO_BE_REPLACED

Leonhard currently is in his bachelor's studies in psychology and in statistics at the University of Vienna and a student assistant at the Educational Psychology department. His main areas of interest are research methodology and knowledge transfer in interdisciplinary psychological research - under the banner of Open Science principles. His personal happy moments are when he finds the time to open up a novel again.

When you think of a smoker, it is likely that you are imagining someone who goes through a pack of cigarettes per day and can often be found running to the nearest store to maintain their supply. Perhaps you amuse yourself watching your friend conspicuously leaving work to stand outside and huddle around their cigarette in the rain. Your assumption would often be correct as the majority of smokers are dependent on nicotine and smoke throughout the day. These daily smokers account for approximately 89% of current smokers in the UK (Herbec, Brown and West 2014), and between 67%-75% of smokers in the USA (Coggins, Murrelle and Carchman 2009). However, what about this missing proportion of smokers? END_OF_DOCUMENT_TOKEN_TO_BE_REPLACED

I'm James Bartlett, a PhD student at Coventry University, UK. The aim of my project is to create a profile of cognitive mechanisms associated with substance use in light and heavy smokers. I keep myself occupied outside of academia by playing hockey, or watching ice hockey. You can also find me on Twitter (@JamesEBartlett).

Psychological research is benefiting from advances in neuroimaging techniques. This has been achieved through the validation and falsification of established hypothesis in psychological science (Cacioppo, Berntson, & Nusbaum, 2008). It has also helped nurture links with neuroscience, leading to more comprehensive explanations of established theories. Positron Emission Tomography (PET), functional MRI (fMRI), structural MRI (sMRI), electroencephalography (EEG), diffusion tensor imaging (DTI) and numerous other lesser-known neuroimaging techniques can provide information complimentary to behavioural data (Wager, 2006). With these modalities of research becoming more prevalent, ranging from investigating the neural effects of mindfulness training to neuro-degeneration, it is worth taking a moment to highlight some points to help discern what may be good or poor research. Like any other methodology, neuroimaging is a great tool that can be used poorly. As with all areas of science, one must exercise a good degree of caution when reading neuroimaging papers. END_OF_DOCUMENT_TOKEN_TO_BE_REPLACED

Niall Bourke is a psychology graduate from Ireland. Having gained experience working with individuals that have acquired brain injuries, he moved to London to complete a MSc. in Neuroimaging at the Institute of Psychiatry, Psychology and Neuroscience (IoPPN). He now works as a research worker at the IoPPN, and as a visiting researcher at the University of Southampton on a developmental neuropsychology project.

There is a revolution in statistics happening: The Bayesian revolution. Psychology students who are interested in research methods (which I hope everyone is!) should know what this revolution is about. Gaining this knowledge now instead of later might spare you lots of misconceptions about statistics as it is usually instructed in psychology, and it might help you gain a deeper understanding of the foundations of statistics. To make sure that you can try out everything you learn immediately, I conducted analysis in the free statistics software R (www.r-project.org; click HERE for a tutorial how to get started with R, and install RStudio for an enhanced R-experience) and I provide the syntax for the analysis directly in the article so you can easily try them out. So let’s jump in: What is “Bayesian Statistics”, and why do we need it? END_OF_DOCUMENT_TOKEN_TO_BE_REPLACED

Peter is currently doctoral student at the section for learning and instruction research of ETH Zurich in Switzerland. He graduated from Psychology at the University of Graz in Austria. Peter is interested in conceptual knowledge development and the application of flexible mixture models to developmental research. Since 2011 he has been active in the EFPSA European Summer School and related activities.

Doing science is great, but doing it together with people you can learn from and who share your research interests – that’s fantastic! Add the cross-cultural dimension to the project and it grows even better! Why doesn’t everyone do that? Regrettably the projects involving collaborative work with other young scientists and/or students who love research can often be hard to begin and even tougher to maintain. Although undeniably rewarding, working in a traditional team already has a number of difficulties, while doing it with people who you can’t communicate with face-to-face adds a whole new pile of concerns. Let’s face it – even with a great concept writing a paper doesn’t always go smoothly and it can turn into tough, uninspiring work; keeping up with an international team and all the things that come with being part of one (things we often don’t even have to think of when working alone, such as communication problems, file storage, different ethics procedures than these in our academic institution, other people’s needs, skills and motivation, etc.) can quickly turn our initial enthusiasm into disillusionment.  Well, thanks to the advances in technology and some good old tips and ideas – it doesn’t have to be so bleak and discouraging! Read on for some useful strategies, ideas and tools to help start off your collaboration efforts, keep your team together, your productivity high and your experiences positive while conducting cross-cultural research with peers from abroad!  END_OF_DOCUMENT_TOKEN_TO_BE_REPLACED ‘You love your iPhone. Literally.’ ‘This is your brain on politics.’ ‘Overclock your brain using transcranial Direct Current Stimulation (tDCS).’ There are many other claims in psychology which have been publicised by the media, yet remain unchecked by academic experts. Peer-reviewed publications – papers which have been checked by researchers of similar expertise to the authors – are produced very slowly and only occasionally make instant impacts outside the walls of academia. In contrast, media publications are produced very quickly and provoke immediate reactions from the general public. END_OF_DOCUMENT_TOKEN_TO_BE_REPLACED

Robert Blakey is a third year undergraduate student of Experimental Psychology at the University of Oxford and was a member of the 2012-2013 cohort of EFPSA's Junior Researcher Programme. He is currently carrying out a research project on the effect of interaction on estimation accuracy and writing a dissertation on consumer neuroscience. He is also interested in social cognition and specifically, public perceptions of influences on behaviour. 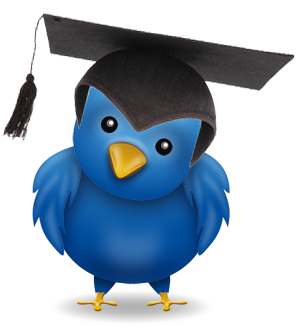 Twitter is stereotypically portrayed as a website for following celebrities and posting mundane tidbits. Recently, I realized that Twitter could be used as an academic tool – to share and receive ideas and information in an educational context. Indeed, students and early career researchers should be capitalizing on Twitter to learn new information, connect with others, and share interesting thoughts. END_OF_DOCUMENT_TOKEN_TO_BE_REPLACED

Julie Lee (@synapticlee) is a second year psychology undergraduate at the University of Bristol, United Kingdom. Her research interests are in psycholinguistics and cognitive neuroscience.

The 2013 December issue of the journal Theory & Psychology saw a forceful exchange between Kurt Danziger and Daniel N. Robinson on the nature of psychology’s disciplinary history. For those unfamiliar with the names, both are eminent scholars in (among other things) history of psychology. The exchange boils down to Danziger accusing Robinson of creating a romanticized history of psychology, tying the discipline down to Ancient Greek philosophies.  What Danziger cannot forgive in such a way of writing history of science is the idea of a concept that stays the same throughout history, and then finds its way into psychology. For example (Danziger, 2013, p. 835): “This understanding of psychology’s history has always relied on the belief that the concept of ‘human nature’ represents some historically unchanging essence guaranteeing continuity, no matter how great the gulf that appears to separate the present from the remote past.” Robinson, in turn, answers with two articles in the same issue defending his position with insinuations that Danziger and his supporters are not familiar enough with Aristotle’s body of work to mount such a criticism. His repartees, sans the scholastic posturing, can be summed up well with the sentence (Robinson, 2013a, p. 820): “It is worth noting in order to make clear that the past can be highly instructive without being causally efficacious.” END_OF_DOCUMENT_TOKEN_TO_BE_REPLACED

Ivan Flis is a PhD student in History and Philosophy of Science at the Descartes Centre, Utrecht University; and has a degree in psychology from the University of Zagreb, Croatia. His research focuses on quantitative methodology in psychology, its history and application, and its relation to theory construction in psychological research. He had been an editor of JEPS for three years in the previous mandates.

As students and young professionals by now we have come to realize how working with other people is essential for the completion of  many goals in the pursuit of scientific relevance. Sometimes it is through the insight, know-how and/or dedication of others that we can push forward a project that was stuck at a roadblock. So how do scientists in the field of psychology collaborate with other scientists and what strengths  and disadvantages they may have in a team of researchers with diverse backgrounds? The following piece attempts to outline some such possible opportunities and hurdles.